And Big Tech, the Media Presstitutes, along with Big Pharma and billionaire Globalists want you to believe that you’re all gonna die if you don’t do what THEY say.

Anyone who’s been around a while has heard the same gloom and doom hype for at least four decades.

“The World is Coming to an End in Ten Years” has been the battle cry for charlatans, politicians, and Congress Critters.  (Cough! Al “The World will burn Up By 2016” Gore, Cough! Bernie Sanders, Hairball Cough!)

Ironically (or NOT) these are the same people who fund scientists to show studies about how bad things will be in 50 years.

So, we’re all gonna be dead in 10 years and yet we need to be aware of how bad things will be in 50 years?

The truth is, Government Funded Science is designed to raise taxes and increase regulations.

Keep in mind that the scientists our government uses to determine their pre-conceived conclusions are no different than the “gurus” Wall Street uses to convince you buy the garbage they’re selling.

In Plain English, Wall Street and DC have been selling you gloom and doom scenarios for decades in order to steal more money from you.

Sad to say that the sheeple fall for it over and over again.

However, discontent and loss of faith in government is on the rise.

And this will continue to drive money into the private sector (the markets) and away from the public sector (government).

Those with “ears to hear” will prosper AND thrive in the upcoming Turbulent Times. 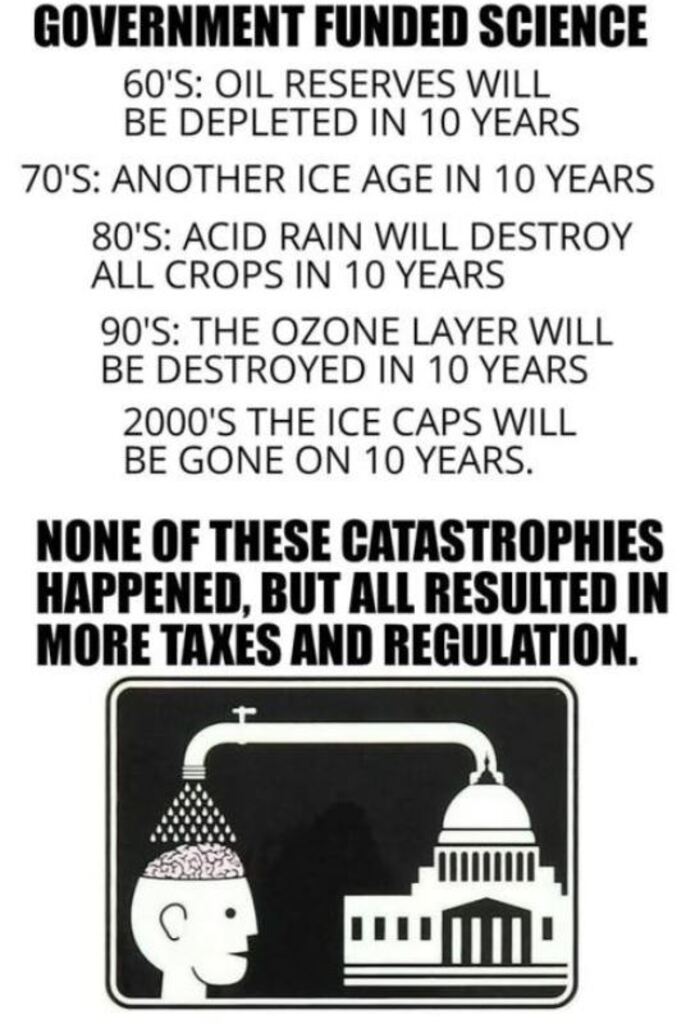