Yesterday’s historic turnout of in-person voting – in what we believe could be our last legitimate presidential election – proves that everyone loves an optimist.

In the face of – according to the fraudulent polls – a huge Biden victory, Americans made their voice heard loud and clear at the in-person voting.

In other words, they didn’t believe the polls either.

Neither did the markets.

In fact, the markets clearly followed an old Wall Street adage of how, The Markets Move in Anticipation of Events.

As a result, the markets clearly signaled that Trump would win by going up +970 points on Monday and Tuesday.

We remind you that, in spite of how you feel, The Markets Are Almost Always Right.

But, the final numbers have yet to be counted.

And, more importantly, the shenanigans are just getting started.

The losers have prepared in advance to fight over the official results claiming lies, fraud and Russians interference.

If they were so confident, why would they do that?

Even Nancy Pelosi has said that if there is a dispute, Congress will decide who becomes president.

For a long time, they’ve been saying the only way Trump could win would be because of Russian interference.

Why else do you think they’ve been trying to prevent an Electoral College victory?

Everyone Loves an Optimist

In addition to being the most corrupt election in history, 2020’s fiasco election will go down as the most highly contested one as well.

That means that the losers will stop at nothing – including advocating violence – to try and steal the election and advance towards the GREAT RESET.

However, everyone loves an optimist who believes that justice and righteousness will prevail in the end.

And that, my friends, is why we overcome adversity, hatred, and pathetic politicians desperately clinging to what little power they have.

So, as we grind through the next few contentious months, we should take comfort in the fact that President Donald Trump has solved the puzzle.

Remember, It’s Not Just About Finance. 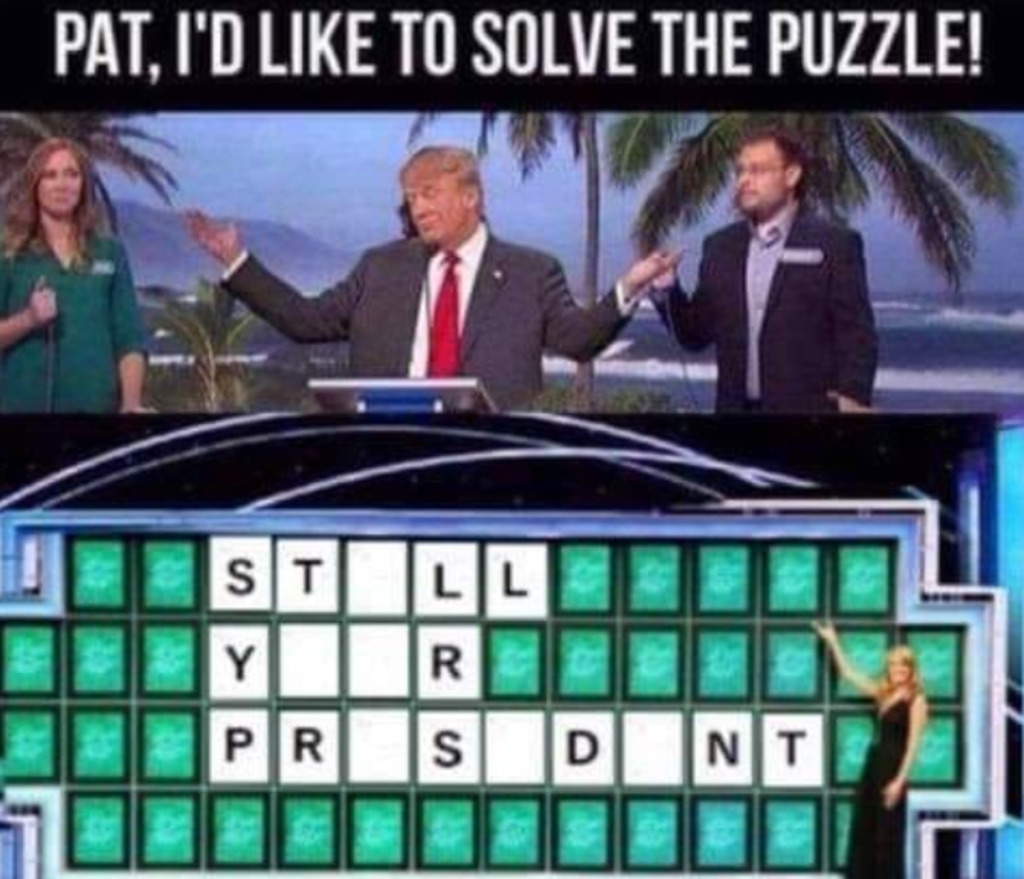