Like most professions, when you do something for 41 years, chances are you know your trade/craft inside and out.

And as yours truly enters his 42nd year operating in the financial world, it’s truly remarkable to say that not much has changed.

Except things move faster…thanks to technology.

If you’ve been reading our posts for a while, you know that at Financial$Matter.com we constantly write about corruption and how things really operate ‘Behind the Curtain.’

And we hope our experiences/posts/newsletters give you a decisive ‘edge’ over the average investor.

Because most investors are clueless when trying to understand why Wall Street has been in bed with the Boyz in DC for over 100 years.

But unlike most financial publications we don’t try to impress you with language and ideas that most people don’t understand.

We leave that up to the Whores-Of-Babble-On Presstitutes.

Doing Something for 41 Years

Instead, we try to present you ideas AND the truth about how the financial world operates ‘Behind the Curtain.’

And we present it in a language that’s simple and easy to understand.

And we live by the saying:

“A man with an experience is never at the mercy of a man with a theory.”

Unfortunately, most of what’s taught about investing is based on theory.

And we also know that after working at something for over 41 years, most people only hear what they wanna hear.

Unfortunately, most of the garbage you read/see in today’s uber-corrupt media is perceived by the sheeple as the truth.

However, nothing could be further from the truth.

Example:  French Economist Thomas Piketty’s latest rant about wanting to bring back Communism in the form of Democratic Socialism.

In its best form, Democratic Socialism is nothing more than a turd with sprinkles on it.

And, as we’ve been saying for years, the reason the world is in such dire straits is because SOCIALISM IS DYING.

And now that Klaus Schwab and his Great Reset Boyz are putting on a full-court press for a New World Order (Cough! Democratic Socialism, Cough! Cough) were staying with our story that they will ultimately fail.

But…and this is a Very Big Butt…

In the process, these Boyz will inflict a lot of pain on most of the world in more ways than just finance.

The good news is you can avoid most of the pain, and also prosper AND thrive in Turbulent Times.

Share this with a friend…especially if they’re very good at what they do for a living.

But we will give you hope. 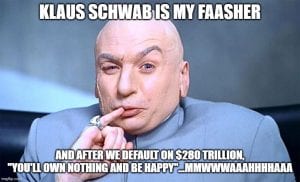 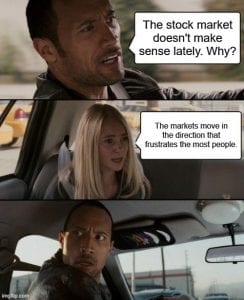 Gun Rule #1 Thou Shalt Have a Gun