Or is this another Deep State cover-up?

Let us remind you…

In our July 24th email we said:  “Have you noticed the deafening silence from Washington over the arrest of Jeffrey Epstein?

…their silence is deafening.

Why are they both avoiding this topic?

So, here we are, a few weeks after his first “suicide attempt” – with everyone knowing that powerful boyz in powerful places wanted him dead before he talked – and he still manages to kill himself?

Put on your tin-foil hats for a moment and ask:  “What if TPTB decided to fake his death for his own protection and move him to an unknown, more secure facility?”

(NOTE:  Epstein has long been considered an agent for the Deep State used to blackmail many of the boyz in the “Club”).

Will Epstein have a closed casket?

Or, “A traditional burial at sea” (Cough! bin-Laden, Cough! Cough!)

And what about Epstein’s former cellmate – an ex-cop charged with a quadruple murder – who told authorities he came to Epstein’s rescue after he attempted to hang himself the first time.

This now conveniently falls under the category:  “Nothing to see here, folks…move along.”

What I want to know is what’s gonna happen with Ghislaine Maxwell?

She probably knows just as much as he did and yet, she’s free as the breeze?

Unfortunately (or NOT) we’ll probably know the true story.

But let me remind you that “Everything is Connected…EVERYTHING.”

Panic is running amuck behind the scenes and boyz in the “Club” are running for cover.

Look for major distractions to take place in the market and how to position yourself in the upcoming Panic Cycles (HERE). 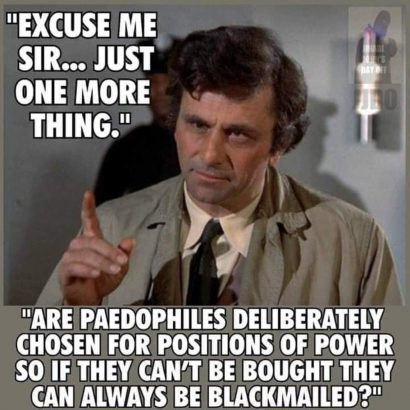