Las Vegas odds-makers knew “the fix was in” on election night. And the Tipping point to the turning point came when odds-makers said Trump’s lead made him an 8 to 1 favorite to win.

For reasons still unknown, Fox News – who is NO DIFFERENT than the other media outlets – made the most bizarre call in Election Night history.

They called Arizona for Biden.

The election wasn’t even close to over.

That’s definitely not normal for Vegas.

It was as if someone had decided in advance to give Arizona to Biden – whether he won it or not.

Ironically (or NOT) from the moment “Fox News awards Arizona to Biden,” three key Midwest battleground states – with Democrat Governors – all decided to stop counting votes for the night.

This was while Trump was way ahead.

Why would Wisconsin, Michigan, and Pennsylvania all mysteriously quit counting around midnight?

The truth was Wisconsin, Michigan, and Pennsylvania only claimed they stopped counting.

After TV cameras and Republican poll watchers were all sent home, these Democrat states all resumed counting.

And, suddenly finding all the ballots they needed to overcome large Trump leads.

Miraculously, Biden ended up with over 80 million votes.

And it all turned with the bizarre Fox News calling Arizona for Biden.

(Remember, this is the candidate whose largest campaign rally totaled 68 people and featured a performance by Bon Jovi.)

Meanwhile, the Democrats, and their bought-and-paid-for-media-minions (INCLUDING FOX NEWS), claim there was no voter fraud.

Needless to say, this is far from over.

And when the dust settles, you’ll see the party of Peaceful Protests go ballistic.

Are we doomed to crash soon?

Instead read our December issue of “…In Plain English” to learn how to prosper AND thrive in Turbulent Times (HERE). 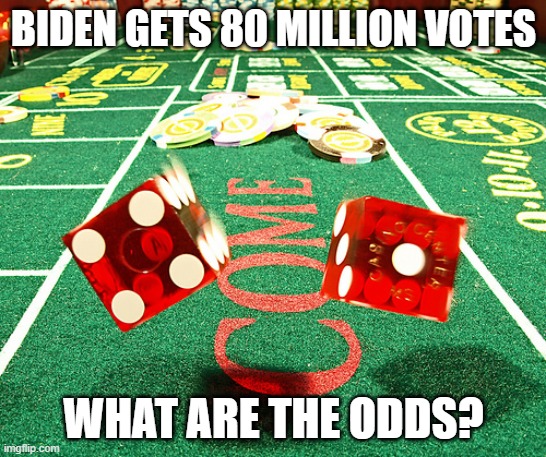