Forgiving student debt is probably the biggest slap in the face to most Americans who are paying attention.

And if you’re not paying attention, your face will sting more when you realize that we the taxpayers will pay for this disaster.

Allow me illustrate an even harder slap about the process and what will happen in the future from the Student Debt Forgiveness.

Before that, let’s look at some possible outcomes:

Or Maybe someone will get a conscience and make universities carry the student loans.  That way – when you get govt out of it – if a student defaults, the university then has some skin in the game.

That would definitely change the dynamic.

But it’s not likely gonna happen.

Because then the schools would actually have to care about providing a service which has a return on investment instead of propaganda and political brainwashing.

Or Maybe, JUST MAYBE the approximate $300 Billion is the trial balloon that allows the Boyz to eventually pass on the additional TRILLION of student debt to the taxpayers.

Did you think that student debt was only $300 Billion?

We predicted this over four years ago.

Slap in the Face

What is effectively being done (the slap in the face) is:

And now we have morons like Liz (Pocahontas) Warren saying: “This is the single most effective executive action available for a massive economic stimulus.”

In addition to the multitude of asinine statements you’ve made in your career, this is the biggest slap in the face to most Americans.

And if somehow the Democrats hold the House and Senate after the midterms, don’t be surprised to see the natives outside your home with pitchforks.

And with it we begin a wild ride in the markets on into the midterms.

Learn how to profit from it in our September issue of “…In Plain English” (HERE).

Share this with a friend…and kiss them on the cheek to make the pain go away. 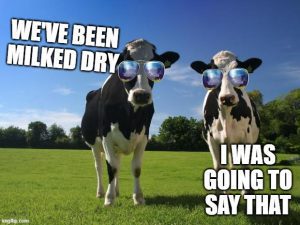 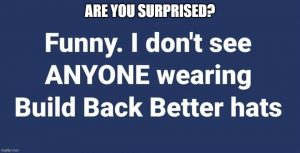