How is it that the largest child sex trafficking ring in history has recently been exposed and yet the Whores-Of-Babble-On Presstitutes remain silent?

This is obviously a very dark subject that most people don’t want to think about, let alone have it put on display for the world to see.

You would think that exposing the sex trafficking of children would somehow be a priority to any news media, as it should be.

However, the evidence revealed so far, clearly points the finger to some of the most powerful, high-profile, self-righteous hypocrites in the world.

Cue up the log of Jeffry Epstein’s Lolita Express proving how many “pillars of the community” made numerous visits (Cough! Clinton-26 times, Cough! Cough!) to Epstein’s Paradise Island to have sex with underage children.

Illegal sex-trafficking of children is nothing new.

And, unfortunately, Epstein’s Island is only the tip of the iceberg that leads to “royalty” connections among many members of the “Club.”

Instead of being so concerned about who – among the Hollyweird celebrities, politicians, and world movers and shakers – visited Epstein’s Island, the real question we should be asking is: Why Are The Main Stream Media Maggots So Quiet About This?

Who are they protecting with their silence?

As far as they’re concerned, the daily “up to the minute numbers of new Covid cases” is far more important than reporting on the depravity, abuse, and trafficking of underage children.

It’s a classic case of “Look Here!…Don’t Look There!”

Sheeple are more afraid of dying from a CoronaHoax than they are of the livelihood of missing children.

As mentioned earlier, this is a topic that most people don’t want to even think about.

However, we’re bringing it up to illustrate how around the world, Everything is Connected…Everything.

Members of the “Club” don’t want you to see what goes on behind the curtain…it’s how they control and manipulate you.

If not, it’s time to start. 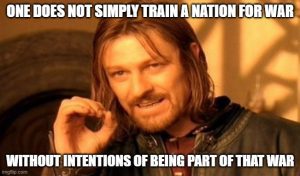