The NEW $908 Billion stimulus plan for America has been delayed…Again.

There’s not enough in it for the boyz in the “Club” to steal from.

Welfare for Wall Street is Nothing New

The Federal Reserve intervention in the REPO market back in September of 2019 was the tell-tale sign of what’s looking like QE (Quantitative Easing) on steroids.

However, this time it’s not QE.

The boyz in the “Club” want their fair share of the New $908 Billion Stimulus Bill.

And they’ll get it.

Watch out for the “head fake” here.

The Trillions printed from the ongoing panic over the CovidCrap is a cover-up.

And it’s from the collapsing confidence in our governments attempt to manipulate interest rates.

Recently we wrote:  The stock markets are trading at all-time highs and the boyz in the “Club” are gonna put on a head fake soon…possibly within a month.

However, people tend to forget we’re still in The Most Hated Bull Market in History.

What’s really happening is the markets are demanding that interest rates rise.

Don’t be fooled by the coming shakeout.

The problem is not with stocks.

It’s with the REPO/Bond market and, just like in 2008, it came unglued prior to a global contagion that wiped out Trillions of dollars.

You can be like most investors, reacting to this like the proverbial Deer in the Headlights, or you can recognize the Turbulent Times we’re in as an opportunity of a lifetime.

See for yourself (HERE).

And share this with a friend who loves bonds…they’ll thank YOU later. 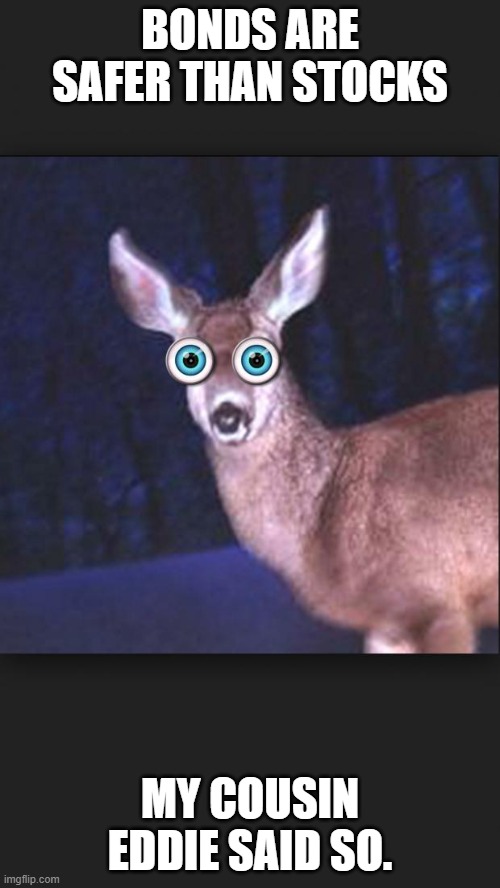