What’s the first thing you think of when you hear the word “Tesla?”

Ironically (or NOT) it’s only been in the last few years that most of the population has ever heard the name Tesla.

And unfortunately (or NOT) a prominent government crony beneficiary named Elon Musk gets most of the credit from what Nikola Tesla brought to the world.

A very brief summary of the accomplishments of this fascinating man leaves us with a multitude of mysterious questions.

And the two that stand out the most is, 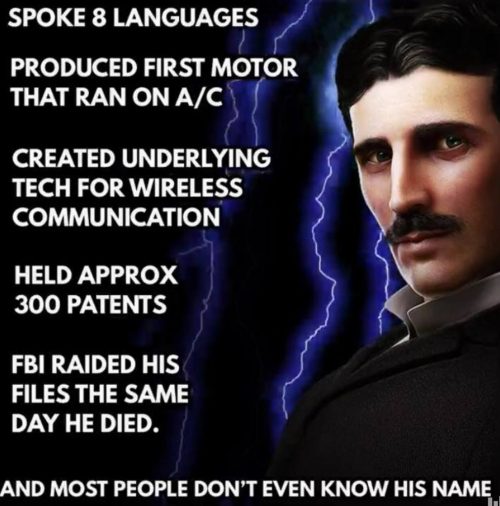 We may never know the real answers to those questions but when you follow the money you may be shocked.

In 2018, we wrote in our newsletter about a high-profile American family (Cough! Bush family Cough! Cough!) having very close ties with Tesla.

We don’t want to speculate here, but by putting on our tinfoil hat, we’ll leave you with a meme we found from back in 2015 talking about the Bush family and Tesla.

It’s one of those “You can’t make this stuff up” commentaries. 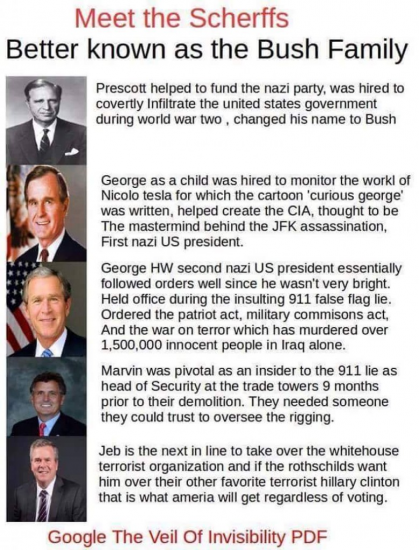 If you like this kind of information, you’ll love our “…In Plain English” newsletter.

And get it now before our prices go up in August.

“The scientists of today think deeply instead of clearly. One must be sane to think clearly, but one can think deeply and be quite insane.”