Welcome back to this week’s edition of the Sunday Funnies where last week we learned from the O’Biden Administration that the word “Recession” was given a new definition.

Ironically (or NOT) the reason for changing the definition of ‘Recession’ is eerily similar to how the cretins in DC (Cough! Dr. Deborah Birx, Cough! Cough!) repeatedly told us that their vaccines were safe and effective.

What we want to know is IF we’re not in a recession then why change the definition of recession?

But the truth is that Reality will eventually define a recession.

With Ukraine fading from the headlines and with the enormous responsibilities of the war effort weighing heavily, Ukraine’s War-Torn Leader – turned High Fashion Model – President Zelensky managed to take time out to pose with his wife for the cover of Vogue magazine.

Ironically (or NOT) appearing on a high-end fashion magazine has never been considered a “strategy for war.”

However, it’s more of a strategic marketing move since he’s begging Western politicians for billions of dollars.

As a result, it’s inspired Netflix to release a new series this fall.

The Pandemic de Jour aka “Monkeypox” has been declared the latest “Worldwide Emergency” …even though approximately 95% of transmissions have been pinpointed to homosexual relations between men.

And to combat the spread of the disease, health agencies are offering two main solutions:

And, no I’m not making this up.

But the $64 Billion question is: Who benefits from this?

Again, ironically (or NOT) it appears as if the “Trust the Science” crowd doesn’t want to trust the science when it comes to who catches and spreads monkeypox.

Not Surprisingly San Francisco has Declared a State of Emergency Over the Spread of Monkeypox.

And Democrat Senator Scott Weiner said: “we will be at the forefront when it comes to monkeypox.”

Seriously, you can’t make this stuff up.

So, as we head into the month of August it seems that the summer heat – and the madness we’re living in – has no end in sight.

And that’s precisely why we publish the Sunday Funnies.

So, for that reason, we remind you:

The Sunday Funnies are not just about our nations bizarre state of politics/finance/beliefs.

It’s about awareness of what’s happening in the world that we choose to poke fun at.

And, if our funnies/memes/cartoons/etc. provide you with a laugh or two – and/or open your eyes to some stark realities – then we consider that a victory.

And we believe that every now and then it’s healthy to be a bit silly…especially in the face of fear mongering, medical tyranny, and especially the threat of WWIII.

It’s all the more reason why we won’t apologize…especially if our Funnies just happen to hurt some Progressive/Socialist/Communist/Globalist’s feeeellwwings.

As usual, we remind you that Humor is Waaaayyyyy better than Hatred…which is contrary to what the world wants you to believe.

As always, we remind you:  As difficult as things might appear, Evil Always Overplays its Hand…And Righteousness Prevails.

Problems and Solutions Discussed During Our Staff Meeting at Financial$Matter

Even Though He’s the Worst Transportation Secretary in Modern History, Young Petey Had Great Aspirations As a Young Boy

For Those Who Like Doing Yard Work in the Summer…

The Next Time Someone Starts Criticizing Guns, Remind Them…

I Said “Moooove Over You Cow”

While the Vaccinated Continue to Get Covid Again and Again…

Gee! This Election Cycle Thingy Couldn’t Be a Coincidence, Could it?

When the White House Tries to Blame Conservatives About Migrants…

Ultra-Liberal Democrat City, Portland is Competing To Be the Poster Child for Renewed Segregation

Unlike Today’s Administration Policies We Offer You A Friendly Reminder…

Before Wasting Multiple Millions of Your Tax Dollars for Her Dog and Pony Show in Asia, Nancy Pelosi Reviews Her Checklist

Some of Our Best Prescriptions for Good Health Have Always Been…

As We Are Wont to Say: “History Repeats Because the Passions of Man Never Change”

Unless, of course, you want to see more risqué and/or R-Rated memes.

You can find them (HERE).

As always, we hope you enjoy our memes/cartoons/rants etc. and that they bring a smile to your face.

We definitely love to hear your comments so keep ‘em coming.

And although the world seems pretty dark these days, we encourage you to see why you have a lot to hope for in 2022 and beyond (HERE).

In the meantime, be sure to share these funnies with friends and family members.

Invest with confidence.
Sincerely,
James Vincent
World Leader in Simplifying Wall Street
Copyright © 2020 It’s Not Just About Finance, LLC, All rights reserved.
You are receiving this email because you opted in via our website. 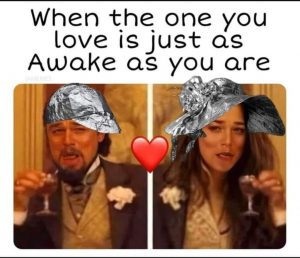 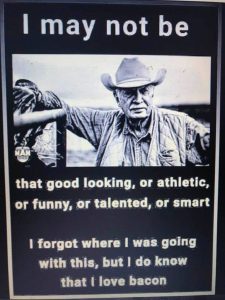 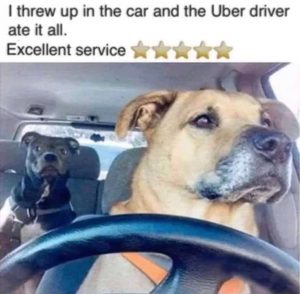