Welcome back to this week’s edition of the Sunday Funnies where, this past week we saw:

And Musk also announced that Trump is back on Twitter…

And (not to Musk’s’ dismay) celebs are announcing they’re are leaving Twitter…but nobody cares.

The markets are indicating that Black Friday seems to have bailed out retail…for now.

And two different mass shootings occurred where pronouns were involved and MAGA Republicans were accused…again.

As if on cue: the media tries to hide the truth.

And by adapting to leftist policies, angry turkeys who survived Thanksgiving Day are now seeking MORE than just reparations…

Included on the list are other notable business luminaries such as Ukraine President Volodymyr Zelensky, Janet (Mrs. Doubtfire) Yellen, Mike Pence 48th vice-president and author of “So Help Me God,” and Ben Affleck.

After praising SBF – and his fraudulent FTX Crypto Ponzi scam for the last year – the NY Times became a laughing stock last week with the collapse of FTX.

But…and this is a Very Big Butt…

They would be quick to mercilessly cancel and expel from its “prestigious” conference, anyone who had misgendered some post-op transsexual.

At the same time, THEY/THEM are willing to give SBF (Bankrun Fraud) – a thieving pathological liar and sociopath – a forum in which to profess his innocence to the entire world.

But, that’s to be expected from today’s Whores-Of-Babble-On Presstitutes.

And that’s precisely why we publish the Sunday Funnies.

You see, we use our funnies/memes/cartoons in an effort to counter the madness and frustration that accompanies Turbulent Times.

Because when it’s all said and done, we all need to laugh every now and then.

Laughter is good for your soul.

And it’s healthy to be a bit silly…especially in the face of fear mongering, medical tyranny, and especially the threat of WWIII.

It’s all the more reason why we won’t apologize…especially if our Funnies just happen to hurt some Progressive/Socialist/Communist/Globalist’s feeeellwwings.

The Sunday Funnies are not just about our nations bizarre state of politics/finance/beliefs.

It’s about awareness of what’s happening in the world that we choose to poke fun at.

And, if our funnies/memes/cartoons/etc. provide you with a laugh or two – and/or open your eyes to some stark realities – then we consider that a victory.

So, when things tend to get a bit overwhelming, we believe it’s best to remember that Humor is Waaaayyyyy better than Hatred…which is contrary to what the world wants you to believe.

As always, we remind you: As difficult as things might appear, Evil Always Overplays its Hand…And Righteousness Prevails.

Are You Smelling Their Panic Yet?

And Speaking of Covid Origins…

While We’re On the Subject of LIARS and Murderers

And For Those Who Still Actually Believe that Factcheckers Are Legit…

And Now that Republicans Have Control of the House Again…

When You Tell Your Woke Friends How They’ve Been Deceived by Covid, Climate Change AND Inflation…

In a Recent Poll, Ohio Stands Out.  Who Woulda Thunk it?

This One Quietly Slipped Under the Radar.  But Female Beauty Pageant Losers Cheered for Their Own Destruction As a Man Wins Local Miss America Pageant.

Has This Ever Happened to You?

A New Drink Combo to Celebrate the End of 2022

Who Really Pays Those Prices?

That Face You Make…

What Happens When You Mis-Gender Someone…

While We’re On the Subject of Electric/Coal Fired Cars…

This is NOT a Joke.  But It is Funny How the WHO Tries to Cover-up Another Fake Pandemic…Prompting Us to Ask: “So, What’s In a Name?”

More Proof That the 2022 Elections Were Rigged

It’s Incredible What Millennials and Gen Z’ers Will Put in a Text Message These Days.

Then Again, Millennials and Gen Z Kids Have a Limited Scope of Reality

But When Your Child Learns to “Think Outside the Box…”

Unless, of course, you want to see more risqué and/or R-Rated memes.

You can find them (HERE).

And remember to take advantage of our Black Friday Special that ends on Cyber Monday.

This will be your last chance to get an annual subscription to our “…In Plain English” newsletter for the low price of $76.85…normally $145 (HERE).

Be sure to enter the coupon/code Thanksgiving at the check-out.

Your discount will automatically be calculated there.

As always, we hope you enjoy our memes/cartoons/rants etc. and that they bring a smile to your face.

We definitely love to hear your comments so keep ‘em coming.

And although the world seems pretty dark these days, we encourage you to see why you have a lot to hope for in 2022 and beyond (HERE).

In the meantime, be sure to share these funnies with friends and family members.

The Reverend of Finance

Copyright © 2022 It’s Not Just About Finance, LLC, All rights reserved.
You are receiving this email because you opted in via our website.
Tags: banksters Black Friday Special Cyber Monday Elon Musk FinancialsMatter In Plain English Not Just About Finance sunday funnies Turbulent Times Twitter 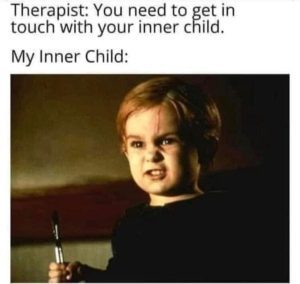 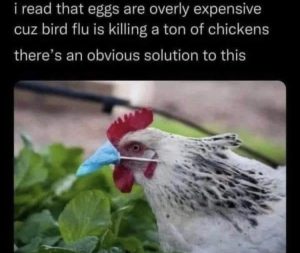 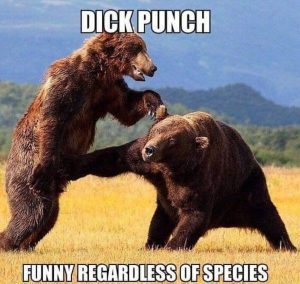