It seems as if there’s no bottom to the depravity that today’s Whores-Of-Babble-On Presstitutes wish to plumb.

I’m referring to what journalists call their “Anonymous Sources.”

Historically, the term “anonymous sources” was used by journalists to protect someone from harm who provided them with damaging information about someone else.

They (journalists) believe that you must believe what they’re telling you.

Whenever a news organization uses an anonymous source, they are telling you, “Trust us. We can’t tell you who this person is, but we can tell you that we believe they are credible.  They know what they’re talking about, and that we believe what they have to say and you should, too.”

This reminds me of an untrustworthy kid – we’ve all probably known one growing up – who constantly tells you: “trust me on this one.”

And that kid is exceptionally skilled at taking things “out of context.”

Cue up the recent story, from the Atlantic about their “anonymous sources” alleging that President Trump called dead American soldiers, “losers” and “suckers.”

First of all, it should come as no surprise that these Deceitful Propaganda Artists (DPA’s) have spent the last four years attempting to smear Trump with their multitude of accusations.

ALL of which have failed.

Second, The Atlantic’s story of Trump’s alleged disparaging remarks about our military, supposedly happened over two years ago.

So now we’re finding out about it 60 days before the election?

Once again, this doesn’t pass the smell test.

It’s becoming obvious that the billionaire globalists behind these “anonymous sources” are desperate in their futile attempts to destroy Trump.

They know he’s the only person on the planet that stands between them and their evil agenda of Forced Vaccinations, New Green World Order, and inflicting chaos to achieve their goals.

These globalists will ultimately lose.

However, they’ll be kicking and screaming like spoiled kids who been caught in a lie.

The bad news is, their actions will wreak havoc on the markets.

The good news is, the havoc will present you with opportunities of a lifetime.

Learn how to use this to your advantage in our September issue of “…In Plain English.” 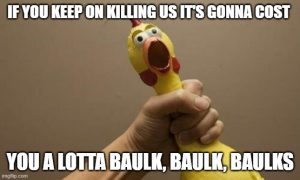 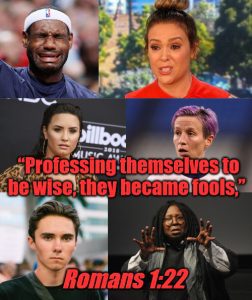