The circus in Portland continues after governor Kate Brown said that troops would withdraw starting Thursday.

DHS Acting Secretary Chad Wolf had something different to say:  “As I told the Governor yesterday, federal law enforcement will remain in Portland until the violent activity toward our federal facilities ends. We are not removing any law enforcement while our facilities and law enforcement remain under attack,” he said in a Wednesday tweet.

On one side, you almost want to say that the violent circus in Portland is a result of their own decisions.  Let them enjoy the consequences.

The Poles have a good expression suited for this situation:

Not my circus, not my monkey.

And then there are people who believe spending millions of dollars – sending in troops, police, etc. – will fix these problems.

But, why do people seek to throw their hard-earned money (tax dollars) at people who clearly say they don’t want it?

On the flip-side the feds are there to protect federal properties from rioters and looters.  They not only have a right to do so, but it’s an obligation because it’s the same taxpayers’ property…not the feds.

Now, as far as the mayor of Portland – or any mayor – who feels we should bail them out by funding to repair their destroyed cities, they should be told to pound sand.

Unfortunately, and from here on, anyone wanting to stay on as a cop in Portland would almost be considered suicidal.

Any city council, mayor, or governor who defunds the police (Cough! Minneapolis, Cough!) should have their head examined.

Seriously, how dumb can you get and still breathe?

These people are deliberately trying to harm their local economies on misinformation and political gain.

It will backfire on them.

In the meantime, you should expect increasing madness as 2020, the Year of Chaos, heats up going into November.

Read our monthly newsletter to learn how to navigate the mine fields that await us. 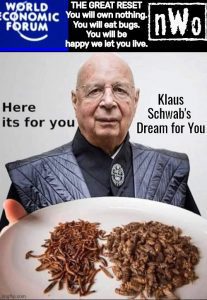