.If you made a list of what Trump’s Attorney General – AG Barr – has been doing up till now, it might look impressive.

However, despite all the evidence of corruption, fraud, treason, sedition, and more, why hasn’t Barr arrested anyone?

Far too many citizens don’t realize that Barr was part of the Bush family crime syndicate under George H.  aka: Papa Bush.

After that stint he – like many government officials who jump to the corporate sector – had a lucrative career at Verizon.

From there he supposedly retired.

However, the year after he left Verizon, he joined the boards of two publicly traded companies, Dominion Resources and Time Warner.

It’s the same Dominion Resources that’s at heart of our voter fraud.

Maybe that’s why he hasn’t crawled out from under his rock and gone after Dominion.

AG Barr and No Arrests

For the longest time everyone thought Barr would be the savior of Trump’s presidency by going after the DEEP STATE.

After all, anyone would’ve been an improvement over Eric (Fast and Furious) Holder.   Or how about Loretta (On the Runway with Bill Clinton) Lynch from Obama’s administration.

Unfortunately, it turns out that Barr is no different AND maybe part of the DEEP STATE that wants Trump out.

DC has never liked an outsider.

As a result, we’re now seeing evidence of how roughly 50% of Republicans wouldn’t support Texas in its effort to get the Supreme Court to rule in their favor.

They’ve turned their back on him.

I hate to keep sounding like a broken record.

But it all comes back to The Great Reset and ultimately the takeover of the United States via Klaus Schwab’s World Economic Forum.

Barr and the Supreme Court have proven themselves to be worthless.

They’re using “Discretion” as the reason to not rule on the election.

In doing so, they have violated the civil rights of the entire nation.

And they’ve condemned the world to increased violence and ruthless tyranny coming out of the World Economic Forum.

Be sure to read:  Did the Supreme Court Sign the Death Warrant for the Western World and Cue Up The Great Reset?…in our December newsletter (HERE). 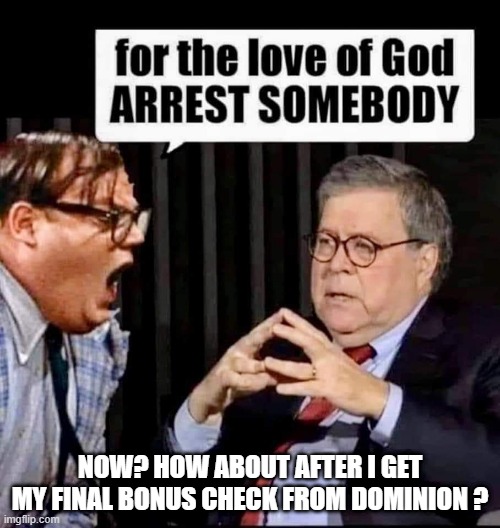